At This Place History Conference 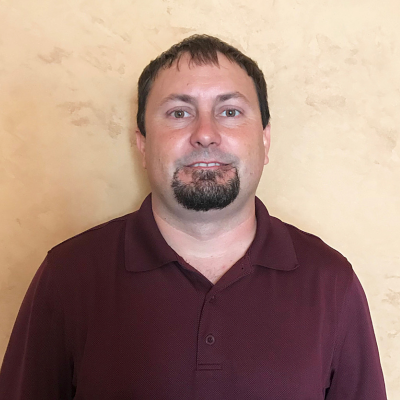 Shane Lance, Quanah native, is the author of two books: Discovering the Past: Stories of Quanah, Texas, Volume 1 and Volume 2. These books take you back to the early days of Quanah. Quanah was a frontier, railroad town filled with interesting tales and characters such as Texas Ranger Captain William J. McDonald, hunting down a Quanah banker on the run to Mexico. Captain McDonald's personal banker embezzled from one of Quanah's first banks, and once his story unraveled, he took the first train towards Mexico to find him. Or a full description of how, in 1891, Quanah was nearly wiped off the map by the Great Flood of 1891 and how the Quanah cemetery was started when Joe Earle was killed in what may have been the very last Kiowa raid in Texas. Shane will weave these stories, along with many others, together to show the fascinating history of this small town.

He is the co-owner and co-editor of the Quanah Tribune-Chief newspaper and an award-winning journalist for his writings in the Tribune-Chief. As a Hardeman County and Quanah historian, he has been featured in interviews for KFDX News Channel 6 in Wichita Falls, KFDA News Channel 10 in Amarillo, and even featured in an article in the Austin American-Statesman, "Texas history: Surprises ambushed us in the historic town of Quanah." He also serves as the president of the Hardeman County Historical Society and Museum and the Hardeman County Historical Chair for the Texas Historical Commission.

Bill Neeley, 2 PM - "A Land Worth Fighting For" 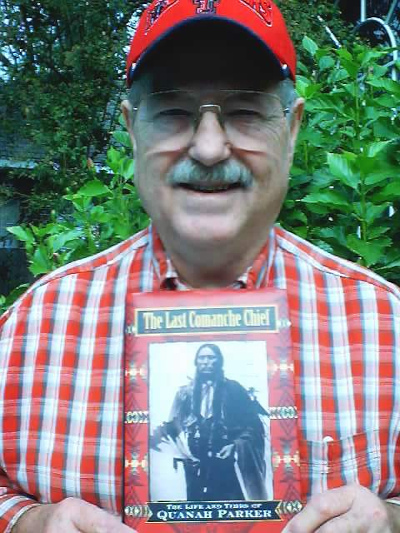 An award-winning biographer, screenwriter, and poet, Bill is a native of the Panhandle-Plains of Texas. Born and raised on a farm between Tule Canyon and Palo Duro Canyon, he grew up with a love of the vast plains and the area's fascinating heritage, especially that of the Spaniards and Comanches.

The land and the culture of its peoples throughout time inspired his creative soul, prompting him to write his first of two biographies about Quanah Parker. The first, Quanah Parker and His People, was published in 1986 by the Swisher County Museum in Tulia, Texas. In 1995 John Wiley and Sons of New York brought out his second work, The Last Comanche Chief: The Life and Times of Quanah Parker. The book has received international attention and is considered by many critics to be the definitive biography of the famous Comanche chief.

Bill's interest in Texas' Spanish heritage led to his anthology of poems written in Spain entitled Songs of Andalucia. His articles on varying subjects are published in professional journals, magazines and newspaper columns. Recognized for his knowledge of Comanche history and culture, Bill served as a consultant for Warner Bros. 1992 documentary, The West. A year later he was interviewed for the Arts and Entertainment Network's The Real West with Kenny Rogers for the segment on Quanah Parker. His most recent work is A Tejano Knight: the Quest of Don Juan Seguin, which tells the story of this largely unknown patriot of the Texas Revolution. A native of San Antonio, Seguin's efforts on behalf of Texas were crucial to its independence from Mexico. His story has been largely unknown until the publication of A Tejano Knight.

Bill attended college at West Texas A&M in Canyon, Texas. After earning two degrees in English at WT, Bill did further graduate work in Spanish at the University of Missouri, marketing at Angelo State University in Texas, and screenwriting at the University of Oklahoma. He taught English and Spanish at various schools and colleges in the Texas Panhandle and Trans-Pecos regions of Texas and served Southwest Oklahoma as a museum educator. He lives in Lawton, Oklahoma and is currently writing and consulting on Southwest history. He is the proud father of two sons and has two grandsons and one great-grandson.

Bill's Comanche name, given by Quanah's grandson James Cox, is Chatuhbotha ("Good Writer"). He has been adopted by the Parker family and given the same name. 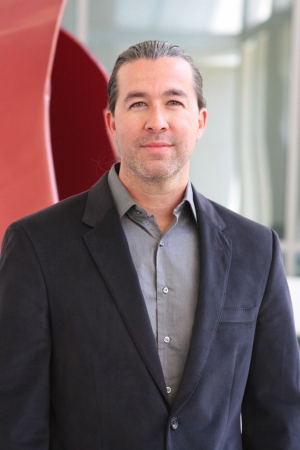 Tahmahkera's first book Tribal Television: Viewing Native People in Sitcoms (University of North Carolina Press, 2014) foregrounds representations of the indigenous, including Native actors, producers, and comedic subjects, in U.S., First Nations, and Canadian television and other media from the 1930s-2010s within the historical contexts of federal policy and social activism. His next book Cinematic Comanches: The Lone Ranger in the Media Borderlands (University of Nebraska Press, "Indigenous Films" series, January 2022) is a cultural history of real and reel Comanches' performative work onscreen and off in the production of what Tahmahkera calls "Comanchería cinema."

Tahmahkera recently served as a TDMH Fellow in the Humanities Research Institute at the University of Illinois, where he trained in digital music production and cross-genre sampling to construct experimental research soundtracks--ranging from historical recordings of Native elders and homelands to traditional powwow songs and alternative folk music to Tahmahkera's songwriting--for his manuscript and digital site "Becoming Sound: Sonic Quests of Healing in Indian Country." Through a genealogy of indigenous soundscapes and aural approaches to cultural well-being, this project seeks to reimagine and remix the sounds and spaces in Indian Country and, in effect, to be culturally in tune with what he calls "ancestral acoustics" that shape contemporary and future ways of becoming sound human beings. On Indigenous Peoples Day in 2017, the site Sounding Out! published Tahmahkera's "Becoming Sound: Tubitsinakukuru from Mt. Scott to Standing Rock." For his earlier work in indigenous sound studies, see "'An Indian in a White Man's Camp': Johnny Cash's Indian Country Music" in the special Sound issue of American Quarterly.

Professor Tahmahkera also is a scriptwriter and voiceover artist (Quanah Parker for TED-Ed), film consultant, Indigenous film series curator, and documentary curriculum guide writer (LaDonna Harris: Indian 101 and Through the Repellent Fence). He also serves on the editorial board of the Journal of Cinema and Media Studies and previously volunteered for Illinois Radio Reader. He has delivered invited talks such as the Shaw Lecture in American Studies at Dickinson College, interviewed on podcasts like Eric Molinsky's Imaginary Worlds, and served on the Community Advisory Board of KLRU, the Austin-based affiliate of PBS. 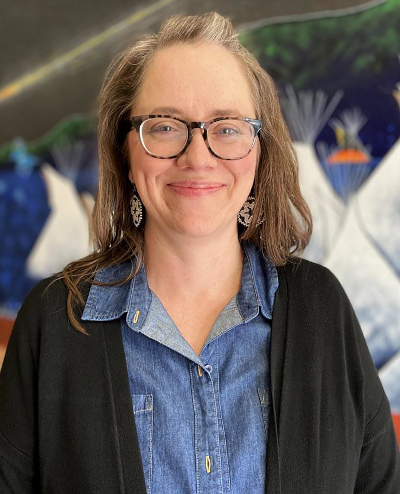 Dr. Briner is the director of the Comanche Nation Language Department. She received a Doctorate of Musical Art from the University of North Carolina at Greensboro, and is working on a second doctorate that focuses specifically on the Comanche language and revitalization. Dr. Briner has been awarded grants for her language work from the American Philosophical Society, the Endangered Language Fund's Native Voices Endowment, and the Dorothy F. Schmidt College of Arts and Letters at Florida Atlantic University. Her project NʉmʉTekwa (Speak Comanche!) was chosen by the Smithsonian Institution's Recovering Voices Program as one of two projects funded for 2019. It paid for a seven-person team to go to the National Anthropological Archives for one week to work with Comanche language documents that date back to the early 1800s. In the fall of 2016, Dr. Briner transcribed a collection of 116 extant Comanche hymns and taught interdisciplinary courses about Indigenous rhetoric at Lenoir-Rhyne University in Hickory, North Carolina.

She is a scholar and artist committed to Native language and cultural revitalization, and to increasing community visibility of Native Americans and other minorities in all areas of life. Dr. Briner is of Kiowa, Comanche, and Apache descent. "My great-grandmother and grandmother were my inspiration for studying Comanche language and cultural revitalization," she said. "I spent a lot of my childhood with them and they taught me what little they knew in our Comanche language. It has taken my family four generations to fully speak our language again after my great-great-grandmother, Mattie Pewenofkit, was forced to attend residential school. Language affects how you see the world and we have a fundamental human right to our specific worldviews." 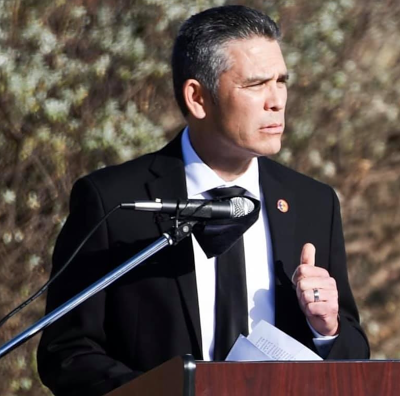 Mark Woommavovah is Chairman of the Comanche Nation, a retired Lieutenant Colonel US Army (31 yrs.), and part of the Comanche Indian Veterans Association (CIVA). He is currently the leadership and talent scout and former senior military instructor of military science at the University of Oklahoma Army ROTC.

Mark has run all over the world: from the beaches of Hawaii to Minnesota's frozen streets, from Korea and Malaysia to Iraq's green zone (in full Kevlar and flak vest). But it all started in the southern plains of Oklahoma, delivering messages for his Comanche grandma Vida Woommavovah.

He was raised by his grandparents Nat & Vida, surrounded by "aunties" and other members of the tribe. Entertainment options were slim for an impatient grade-schooler in Cache, Okla., so he regularly joined his aunties on walks. He'd sprint a block ahead, wait for them to catch up, and run the pattern again. Grandma Vida put those eager legs to work, sending him first across the pasture with news for Great Grandpa Pete Coffey, then from Indian house to Indian house, gathering small-town gossip and sharing stories.

Mark was a diverse athlete, playing football, baseball and basketball at Cache High School. But track took his heart and passion and ultimately led him down a path to success. He nabbed a scholarship to Northeastern Oklahoma A&M College. After earning an associate degree there, he joined the Army and soon started at OU on a ROTC scholarship. He left with a Bachelor of Arts in Criminal Justice and a commission as a military police officer.

His lengthy career in service to his nation, spanning 31 years in the Army, makes him one of only 12 Comanche Indians to earn the rank of lieutenant colonel. Mark's Native American roots run deep and he frequently returned on leave to Cache for the holidays and for pow-wows, Indian services at Pete Coffey Church and Native food. He brought those traditions with him while he was on active duty, as well, as he was often in charge of observances for National American Indian Heritage Month at his bases. His deep well of friends, family and connections includes nationally recognized talent and artists, who all brought their songs, dances and rituals to perform wherever Mark was stationed.

He is a coach for the University of Oklahoma Army ROTC Army 10 Miler Team and Sooner Battalion Running and Triathlon Club, volunteer Youth Track and Cross-Country coach for the Cleveland County Family YMCA, member of the OK Runner running team, mentor and advisor for the student athletes at the University of Oklahoma, personal trainer and life coach.